The Context of Stables in New Japan

With another Wrestle Kingdom come and gone a whole bunch of new eyes are focused on New Japan for the first time.  For these new viewers, especially for those who come to it like I did, having primarily watched WWE, the prevalence and emphasis of factions or stables can be a confusing departure from the norm.  In this post,  we'll examine how these groups function in New Japan and some of the advantages to grouping your wrestlers this way in a booking/kayfabey context.  And through all of this we should gain some perspective on an important question:  How does John Cena not have any friends after nearly 20 years in the WWE?

The origin of the stable

To understand the place of the stable in New Japan Pro Wrestling, one should look at the context your average Japanese fan might have for stables. In Japan the idea of the stable would not primarily be associated with horses, but with sumo wrestlers.  The sumo wrestling tradition has deep roots in Japan, with some current tournaments tracing their roots back to 1684. One sumo wrestler in particular played a key role in the founding of pro wrestling in Japan. 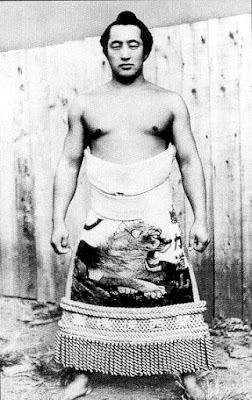 The sumo wrestler pictured above is Mitsuhiro Momota, better known as Rikidozan. Before his death at the hands of a Yakuza, he would retire from sumo and become known as the "Father of Puroresu" as helped to build pro wrestling in Japan by defeating one American villain after another.  Rikidozan would become a legendary figure and two of his matches are still ranked in the top ten most viewed television programs of all time in Japan.  He would also train many of the legends of the next generation of Japanese wrestling including Antonio Inoki and Giant Baba.

Sumo wrestlers train as part of organizations called heya, which is usually translated in English as stable.  Sumo wrestlers both train and live at their heya and thus the other members of the stable are their training partners, teammates, and also friends.  This brings us to our first function of stables in New Japan and our first question about John Cena's WWE career

Who does John Cena train with?

Not in the weight room, but like who does he work moves with?  Sometimes we'll see hype videos of him working with people in the performance center, but when Big Match John was training for another Wrestlemania main event what did that consist of besides lifting?  The true answer is that this is not a question WWE largely concerns itself with. Ask that question of many top guys in the WWE and you'll come up blank (e.g. Nakamura, Wyatt, and Orton). Sure, sometimes they work in-ring training sequences into hype videos, but that is usually when they show in-ring training its a "non-wrestler" being shown how to wrestle.  The idea that their top level guys have to keep their skills sharp too is largely ignored from a WWE storytelling context.

With its emphasis on stables (and the training associated with them), New Japan provides this answer from the moment new wrestlers show up.  Drawing from the sumo tradition of trainee and low ranked wrestlers serving the older wrestlers, the young lions of New Japan live in the New Japan Dojo, training, performing chores at the dojo, and performing ringside duties at shows as they learn the art from some of the veterans of New Japan.

These questions of training continue to be answered after wrestlers graduate from young lion status. Look at the biggest names in New Japan.  Who does Okada train with?  Ishii, Goto,Yoshi-Hashi, whatever CHAOS heavyweight he prefers that day and we know it'll be under the watchful eye of Gedo.  What about Kenny?  Well he has the Bullet Club.  Naito has LIJ, and Tanahashi can always call upon members of the Sekigun (the unaffiliated New Japan members including the young lions) who lately have been rallying under the banner of Taguchi Japan.

In New Japan's universe, training is a constant for all roster members.  In hype videos, interviews, commentary, and more, discussion of the training and preparation the wrestlers do is frequent.  The stables provide a conduit for turning this focus on training into storytelling.

A story told by three teams across two years


It can also be used to add extra layers of storytelling to individual moves.  For example, Tama Tonga gained his current finisher, the Gun Stun, when his Bullet Club predecessor and the previous user of that finisher, Karl Anderson, left.  As Tama Tonga stepped up to fill the void left by Karl Anderson he gained his finisher as well as his status.

Providing Structure for the Shows


If you've continued to watch New Japan after Wrestle Kingdom, you've surely noticed the frequent multi-man tag team matches.  These contests almost always take place between two groups from opposing stables, between members of one stable and the Sekigun, or between two groups of Sekigun.  Members of stables are almost never teamed with members outside their stable.  Why would they team with someone who isn't part of their group?

These multi-man tags serve many purposes.  Perhaps most importantly, they allow the wrestlers to preview and build hype for their singles and tag team matches without giving away too much.  They give the fans a chance to see all their favorites in a less physically taxing matchup.  Also, These frequent tags help to build chemistry between teammates, but they also provide opportunities for new rivalries to form.  Unexpected face-offs can occur and blossom into full on feuds

The stables can also provide a sort of ladder to climb if one of their leaders is holding a title belt.  It is not uncommon to see a future challenger for Okada's IWGP Heavyweight title fight his way through CHAOS lieutenants Goto and Ishii first.

In a recent example of stables providing a slightly different kind of structure, Okada agreed to give LIJ member SANADA a Heavyweight title shot if LIJ members EVIL and SANADA gave a CHAOS tag team a shot at the IWGP Heavyweight tag team titles.


We know he doesn't have a training partner.  What is John Cena's most significant on-screen WWE relationship anyway?  He's been a tag team champion four times, but each time with a different partner.  He was a member of The Nexus (against his will) for a bit, but The Nexus is basically forgotten at this point anyway.  He was best friends with Zack Ryder for a few months so that Ryder could get beaten up by Kane while his love interest Eve made out with Cena.  At least now they acknowledge his relationship with his Fiancee, Nikki Bella, but the WWE has historically kept its Mens and Women's division so far apart they might as well be different universes (With any luck the Mixed Match Challenge will mark a change to that.)  John Cena's most important relationship is whoever his rival is that week.  Sometimes he has allies of convenience, but he hasn't teamed with anyone long enough to build a real history.

Looking at Randy Orton provides some interesting comparison/contrast.  His role in the stable Evolution played a huge role in his elevation to the main event.  However, its worth noting that Evolution's entire run took place over the course of less than three years.  He was part of a major tag team (Rated RKO), formed his own stable (The Legacy), and joined another (The Wyatt Family), but all of these have been short term as well.  This is a pattern we see throughout WWE.  While some tag teams can last, stables tend to fall apart relatively quickly.

Contrast this with CHAOS, the stable of New Japan's current poster boy, Kazuchika Okada.  CHAOS has existed since 2009 and was originally lead by Shinsuke Nakamura.  Okada joined CHAOS immediately upon returning in New Japan. In many ways, the partners and relationships he gained since joining CHAOS have helped to define Okada as he settled in to new Japan (as Okada did not come up through the New Japan Dojo).  When Nakamura left in 2016, he and Okada had been fighting together for over four years.  You could feel that bond as a crying Okada lifted Nakamura onto his shoulders and carried him around the ring to the cheering crowd.  These two man had trained together, fought each other, and fought beside each other in scores of multi-man tag matches by that point.  The most recent example of a similarly important long-term partnership breaking up is Seth Rollins Shield betrayal, but like we observed earlier stables don't last that long in WWE and the Shild's entire run lasted less then two years.

Lets say John Cena was put into a tag team match with his career on the line, who would his tag team partner be. Who would he trust in that situation?

We'll ignore the fact that the correct (if not obvious based on the question's wording) answer to defend his career is for Cena to accept a 2 on 1 handicap match (as the greater the odds are against John Cena the more certain it is he must overcome them).  Instead, lets think about how weird it is the man who has defined pro wrestling in the WWE for over a decade now doesn't have another person he would look to in a desperate time. You could write it so he allies with his biggest active rival (one Randal Keith Orton) or the top babyface of the day, but John Cena lacks a mentor figure to bring out of retirement, a long term tag team partner, a career long friend, or even a current student who he has been mentoring as he steps back from the full-time spotlight.  The truth is friends are not really important to the quest of a WWE babyface.  Sure heels may use their friends/allies to cheat, but when training doesn't matter and tag team matches aren't that common (and are usually just thrown together with whoever when they are) why else would you really hang with you fellow wrestlers/rivals?

The focus on training provides an answer to this question for New Japan's wrestlers. The resulting spotlight on stables means that every wrestler ends up cultivating some relationships with the rest of the roster and these form the basis of New Japan's booking.  Of the four major stables in New Japan right now (CHAOS, Bullet Club, Suzuki-gun, and LIJ), three have been active for more than four years and none of them appear likely to break up in the immediate future.  So if you intend to follow along with New Japan, take the time to familiarize yourself with the four major stables and their history.  It will be well worth it.

What is the G1 Climax? The G1 (Grade One) Climax is New Japan Pro Wrestling's biggest tournament of the year.  Once again , 19 of... 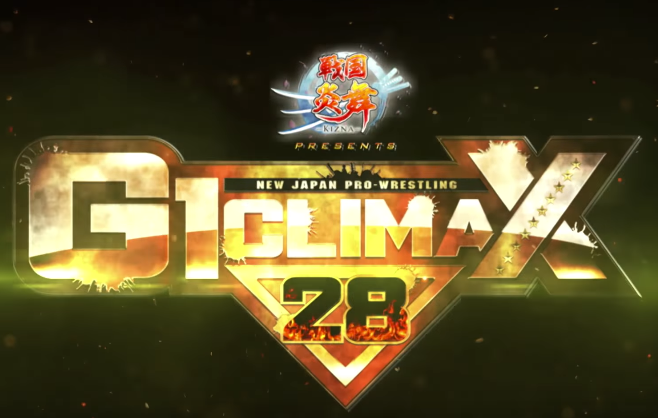